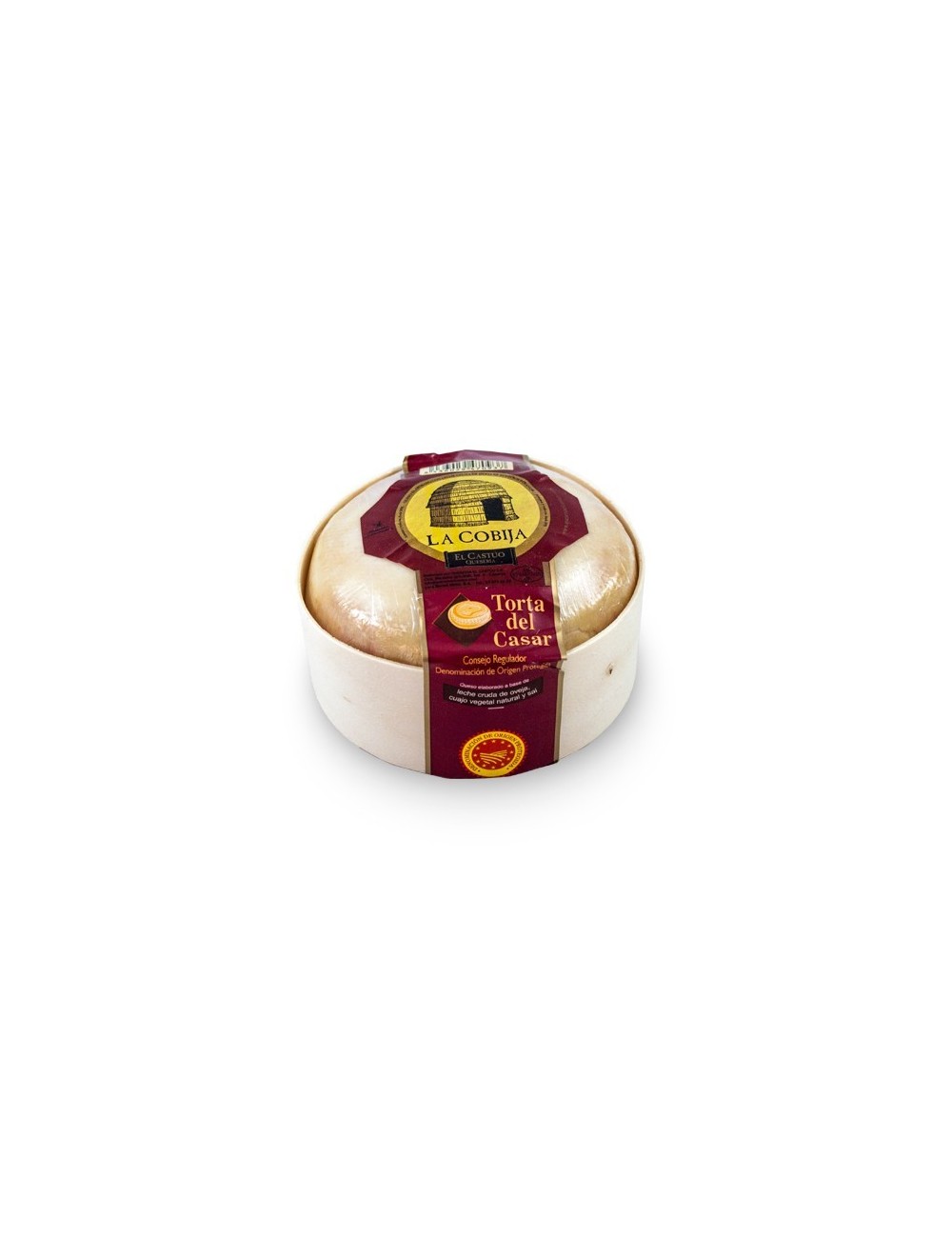 It is a handmade product and it is produced using traditional methods.

This cheese is made from sheep's milk, vegetable rennet and salt.

It is a hard cheese, fatty, with a period of more than 60 days maturity.

This cream cheese has a slight sour notes on pieces piquant older. Its flavorv is lightly bitter and slightly salty, with an intense aroma.

The Castúo cheese is a frontier company started business in 1978, mainly engaged in the sale of milk, but has grown to produce their own cheeses and is currently host to the Designation of Origin Torta del Casar.

The company is engaged in the production of sheep and the cheese whose milk obtained by milking his own sheep. Merino and Entrefino sheep, are controlled sanitary, feeding on natural grazing pastures and with local produce such as barley or alfalfa, which ensures the quality of their lambs, milk and cheese.

They made two types of cheese:

In this process of evolution the company has gone from producing 2,000 kilos of "Torta" certified by the IO in 1982, to 40,000 kilos currently it puts on the market. Always working with their own milk and a controlled process that allows them to offer the best quality.

The cheese factory is an agribusiness Castúo within the geographical area covered by the Protected Designation of Origin Torta del Casar, framed in the town of Caceres.